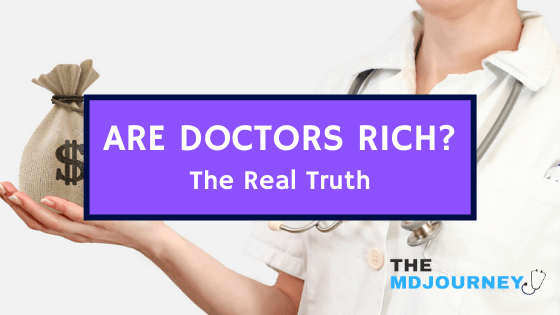 Are Doctors Rich? [The Real Truth]

Do you ever sit around and wonder: are doctors rich? Many would think that doctors are well-off for the amount of time and money they spend during medical school. In this post, we’ll find out whether this general perception is true.

However, many people don’t know the difference between a high income and being rich. Sometimes, having a well-paying job doesn’t automatically mean you’re rich. With that in mind, keep reading to know how much doctors make and which types of medical specialty pay handsomely. 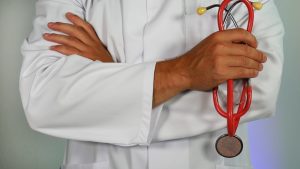 How Much Money Do Doctors Make?

This report includes salary, bonus, profit-sharing grants, and deductible expenses before taxes. However, take note that this is a self-report and might be inflated. It just shows us a reference point.

Over the past couple of years, the overall earnings of physicians have been steadily increasing. One way to explain this is the basic theory of supply and demand. Since the demand for healthcare is constantly rising and there aren’t enough physicians to keep up, the price of specific medical procedures is also getting costly.

As said earlier, the average income of a physician will depend on their area of expertise. Based on the same compensation report by Medscape, the following medical specialties are among the top high-paying specialties. 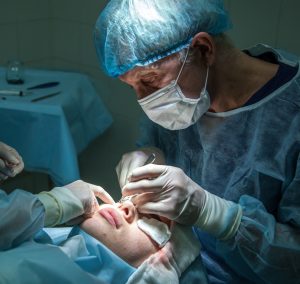 Starting with the highest-paid medical profession, plastic surgeons recently experienced increased incomes. Plastic surgery is now more widely accepted, with all celebrities and known personalities getting cosmetic procedures. Plastic surgeons can earn as much as $526,000 annually.

According to the American Society of Plastic Surgeons, 11% of women are now more open to getting cosmetic procedures than before Covid-19 happened. It shows that plastic surgeons can expect higher income in the future. 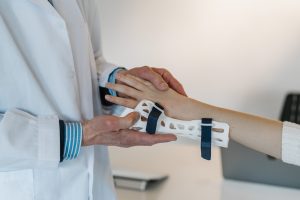 With a $511,000 worth of income annually, Orthopedics and Orthopedic Surgery rank second among the highest-paid medical specialties. This branch of medicine is responsible for disorders in the spine and joints. It is also the one you ran to on repairing deformities in these areas.

Even though Orthopedics and Orthopedic Surgery have been affected by the pandemic, the health department imposed some safety interventions to deal with this situation. 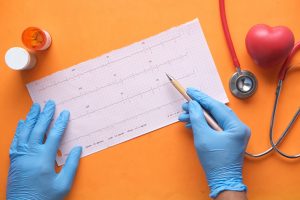 These doctors earn an average of $459,000 yearly. Although it’s far away if you compare it to Orthopedics’ wages, it still sits at the top 3 highest-paid physicians.

Urologists receive a $427,000 salary annually. This branch of medicine also experienced a 2% increase in their income compared to previous years. 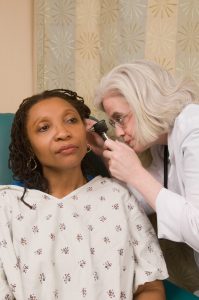 The fifth spot on Medscape’s Compensation Report goes to Otolaryngologists with an annual income of $417,000. Otolaryngologists are more commonly known as ENT doctors. It is a medical specialty that handles ears, nose, and mouth diseases.

However, ENT doctors experienced a 9% decrease in their compensation. They are one of the most affected branches of medicine due to the pandemic.

Now that you know how much doctors earn, do you think those amounts of money make them rich? Before we discuss that, we should first define what we mean by rich in the first place. If you think about it, being rich is not all about how much money a person makes, but how much a person owns.

There are a lot of celebrities and famous individuals that earned millions in their active years but went broke when they retired. These people didn’t think about what would still generate money even if they were not working anymore. Being rich is having a high net worth and assets that can sustain a person’s lifestyle.

With that in mind, let’s head over to the widely speculated question of whether doctors are rich. Doctors are not always as rich as the general public may think. Despite the large numbers you’ve seen earlier, many doctors still, unfortunately, live paycheck to paycheck.

If you’d like to know the reasons behind this, the next part talks about just that.

5 Reasons Why Doctors Are Not As Rich As You Think

It’s no secret that medical students spend more than ten years in school and clinical settings to become professionals. However, have you ever stewed over how they can afford all those years of training and studying without going broke? Well, that’s where the student loans come in.

Even though doctors can earn up to six digits, their medical school student loans (plus interest) can lead to more extended payment periods. According to Credible, it may take an average of 13 years for physicians to pay their student loan debts.

Since medical students practice their chosen profession ten years later than other jobs, this delays them from having a good head start on investment plans. Doctors must start thinking about retirement investment plans as soon as they can.

This is also why some doctors don’t realize the importance of saving and investing money. They may be thinking about splurging all the money they earned as a treat for themselves for the years of hard work dedication.

Unfortunately, we can’t avoid litigious people who’ll stop at nothing to earn quick money. Did you know that there are up to 2900 cases of medical negligence lawsuits every year? Although most of these are understandable, some doctors are sued just so the complainants can get some money.

Unexpected events like this don’t come cheap at all. Considering that doctors still pay their student debts while providing for their families, lawsuits and other legal actions contribute to the expenses of physicians. 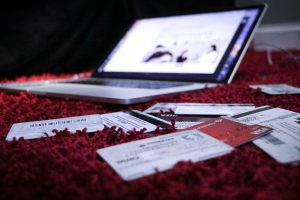 As discussed earlier, being rich is having assets that can sustain you even if you stop practicing. One reason why doctors don’t get rich is that they fail to invest in things like this.

Too Many Hours Of Working

Most doctors in the United States spend more than 60 hours per week inside the hospital. For someone responsible for saving human lives, it is understandable that doctors concentrate more on their practice rather than worrying about their financial state later on in life.

As mentioned a while ago, too many work hours for physicians lead them to commit to poor investment plans and fewer liabilities that they own. 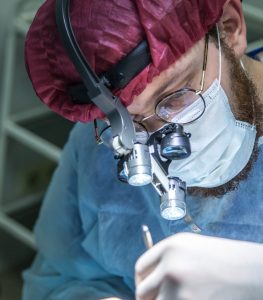 Should You Pursue Medicine For Money?

Many students who wish to enter the medical industry don’t think about the money, but generally assume that this career path leads to financial security. However, this is not always the case. Yes, doctors earn pretty good money, but there are things to consider if you want this job to give you a comfortable life.

At this point, you may be wanting to know if it’s still worth becoming a doctor, even if the pay doesn’t equate to the effort and expenses you’ll sacrifice.

You must remember that just like with other career paths, the journey to become a doctor is never going to be easy. You will undergo years of intense training and studying, as well as tremendous pressure to keep up with your peers.

Pursuing medicine just because of money is not enough reason to become a successful physician. It would be best if you also had a passion for helping other people and perseverance to finish your course. Loving and enjoying what you’re doing will make the arduous journey more manageable.

The bottom line here is that physicians earn quite a lot of money, but that doesn’t mean it makes them automatically rich. Having money is useless if a person doesn’t know how to build wealth.

Due to over ten years of studying and training, there’s a lot of time lost for financial opportunities. However, don’t let this discourage you from entering the medical field. Even though it may not generate as much income as you would think, the fact that you’d be helping a lot of people and positively affect their lives is rewarding and worthwhile.

Don’t worry about whatever people say or comment about you and your career choice. Comparing incomes with other jobs will not do you any good. It would be best to just focus on yourself, what you do, and live your most prosperous life.

If you want access to our full library of guides and free courses for med students, check out the Med Vault!

This is a completely free library of step-by-step eBooks & video courses that can help you on your medical journey!

Get Access To A FREE Library Of Free Guides, Video Courses, And Resources To Help You Study Faster, Be More Productive, And Remain Stress Free 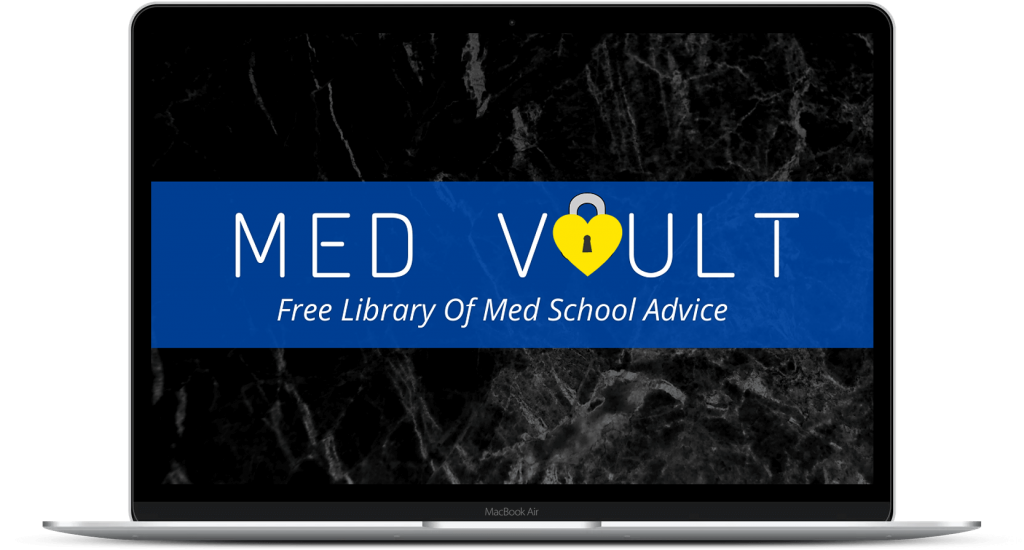 Do you want to learn how to study better? Learn my simple 3-step strategy to boost your study efficiency every week without studying more hours. Check out the Rapid Study Accelerator. 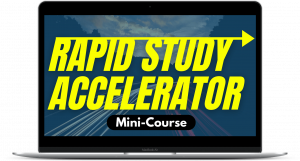 Here, I’ll teach you how to spend more time on your most important study strategy, have more free time, and still study less hours each week. Click here if you want to get started. 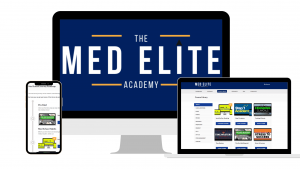 Check out these articles for more exciting discussions:

Until next time, my friend…