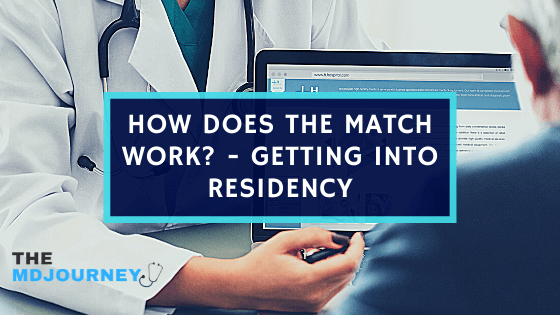 What in the world is a match? What’s a rank list? How does the match work?

As somebody that’s eventually going to be applying to residency, what do you need to know?

In this post, I’m going to help you understand how the match works, what it is, and how to make the magic work for you!

What Is A Match

Before anything else, let’s first try to understand what a match is. 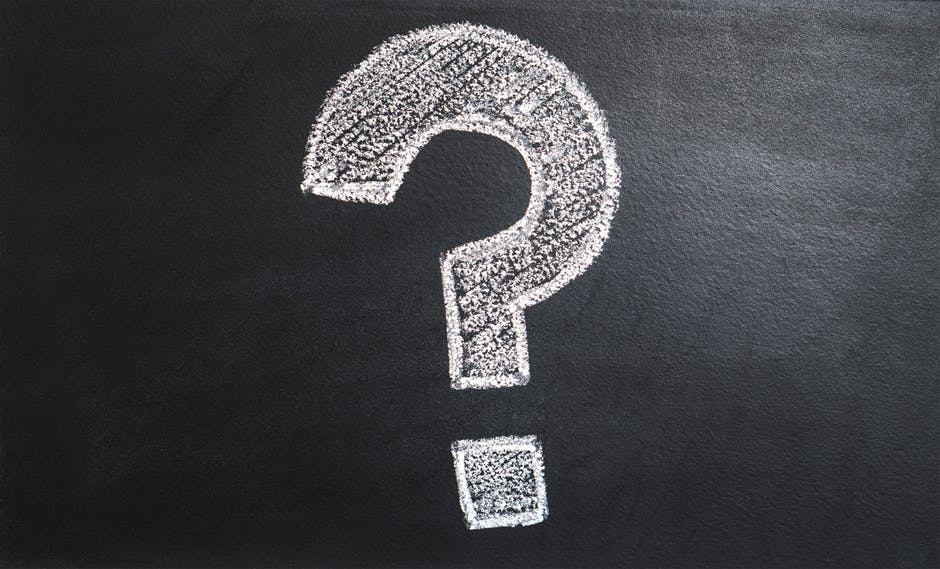 To understand what a match is, it’s best to explain it using something you are already familiar with- applying to college or medical school.

When you were going through either of those processes, you submitted multiple applications and you got some acceptances and some rejections.

But ultimately, the decision of where you went allowed you to pick out of your yeses and you get to pick where you’re going to go.

That process doesn’t work the same when you’re applying to residency that’s called a Match.

Instead, a Match uses the computer which then takes your preference in the form of a list. It takes the preference of the institutions that everyone’s applying to.

Then, the program comes together and matches you with the one program.

Sometime in March, you’re going to be getting an envelope with your name on it. It’s going to have your name and the program– the only program that you’ve been selected to be a part of for the next three to seven years.

So, there are no multiple offers; you get one name! That’s what it spits out and that’s where you going to be for the next couple of years of your life.

It can be, but once you understand how the process works, it can calm your nerves down because this process is actually looking out for you.

How Does The Match Work 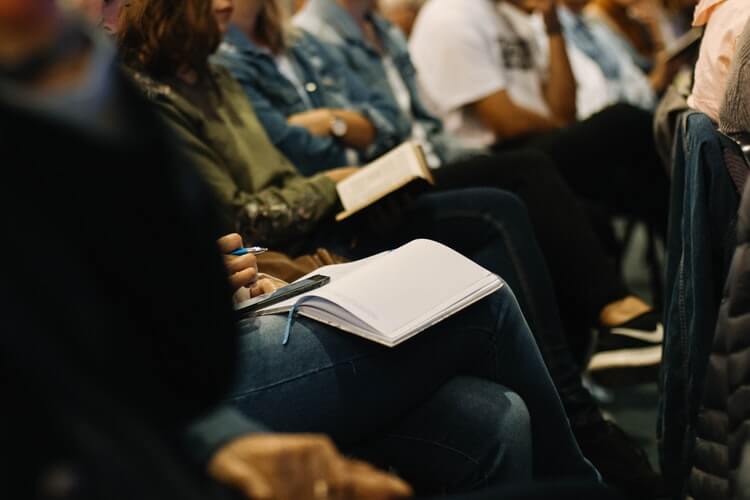 Now, let’s answer the second big question which is how does the match work. I’m going to give you a quick overview and then move forward to an example.

Once you’re done with your interviews, you’re going to have an idea of which programs you prefer in which order.

The institutions that everyone interviews also does the same though they may be of different sizes.

They may just have two spots, five or fifty depending on the program and the specialty. But they’re going to rank every single person that they could consider being a part of their residency program.

If they interviewed 300 people, they could rank each student from 1 to 300, but they may just have 20 spots.

The way that the algorithm works is that it’s going to look at your top choice and it’s going to take that and compare it to the preference list of that institution.

If you happen to be in the top ‘x’ amount of spots that the program has available, then you automatically matched there because your top choice also considered you to be a top candidate.

However, if you’re not in the top 20 or 30 spots that they have available, then the system is going to continue to work down until it can find one program which preferred you as much as you prefer them.

Let me give you an example to help all of this make sense. We’re going to use student ‘John’ as our example.

John, for the simplicity of this example, is going to apply to three residency programs. We’re going to say Program A, B and C in that order.

Just as I mentioned, the system is going to look at his first choice- Program A. Let’s say Program A has 20 spots.

Now the algorithm is going to see if that 20 spots if John’s name is in it and if the program considers him to be a top 20 applicant.

Again, we’re going to look at the spots available at Program B. Let’s say there are 10 spots.

It’s going to see one more time if John’s name is in the top 10 of their list. If it’s not, we take Program B away and we’re going to number three which is going to Program C.

Let’s say Program C also has 10 spots. This time, when the algorithm looks they do find John’s name somewhere in their top 10.

Perfect! John has now found a program that considers him a top candidate and they have found a match. At least for now, John is matched to Program C.

But this is not the end of the process!

How The Match Handles Open Spots: 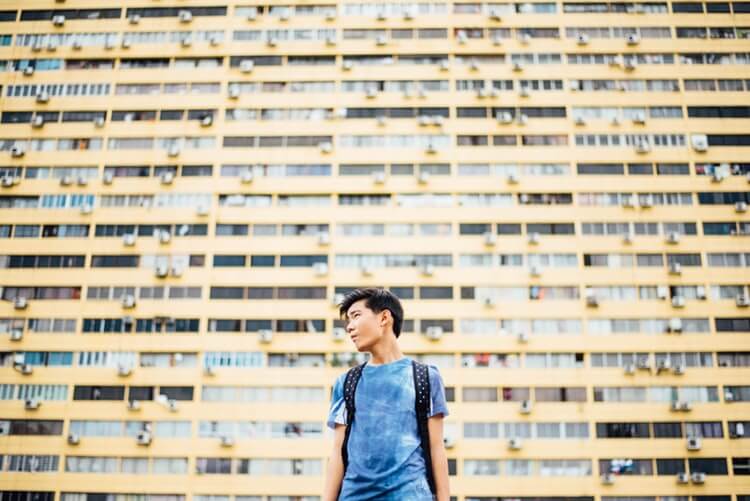 As you can imagine, students are going to want to go to the same residency programs.

In the same way, residency programs are going to want similar students, but eventually, everyone’s going to get matched to one.

As this algorithm starts to work and students get assigned to different programs, there’s going to be spots that open up.

What the algorithm is going to do now is to back up the ladder from top to the bottom. It’s going to see if there’s a spot open and if John’s name is now in that open spot.

For this example, we’re going to say he’s still not in their top 20. They have other students that fill the spot, but they’re not John.

When you look at Program B after that shuffling, John’s name does happen to be in their top 10!

He was probably in the 13th or 14th choice and after some of the top students were selected to another program that they preferred more, John ended up being above that threshold.

Now, John is matched with Program B! So, Program C goes away and that spot is now open.

So, when he opens up his envelope in March, it’s going to have his name in Program B and he’s going to be happy. It’s basically saying that John matched into his second preferred choice!

Hopefully, that answers the question of how does the match work and that the animations were helpful.

How To Make The Match Work For You! 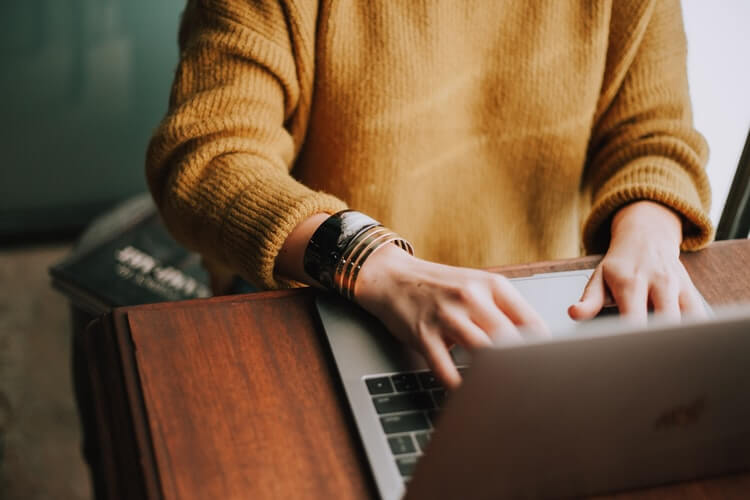 Before we close, I want to quickly talk about how to make this process work for you!

The one important thing you want to understand is that the system is set to favor the applicants.

As you could see, John could have ranked in his top choice which could have been way out of his league!

Program C may just have been on a different tier, but he enjoys it and geographically it is better for his family. As for Program’s A and B, he never even thought he had a shot at going to.

The system works that if the program prefers you and you preferred them, it’s going to match you. So, it’s designed to work for the applicant!

When you’re creating your rank list, your top choices can be shooting for the star in reaching schools and institutions!

Even if you don’t match to them, if your third spot considered you to be a top candidate, you automatically get in.

Let’s look at another example to explain how this process works for you. Let’s say, again, that I ranked 10 programs.

I didn’t match to my first 9 because I kept picking Ivy League schools and other schools that are way out of my league that I dream of going to.

Then, my 10th spot is still another school that I’m completely fine of going into but maybe is not as competitive as the first nine.

So during the match, they finally get down to the last program on my list. They see that that program considered me to be a top candidate, so I matched there.

It doesn’t matter if other students are ranked in that program first because I was higher on that program’s list. Thus, I ended up matching to that program.

Hopefully, that part makes sense. Just understand that the match is designed to work for you!

Your top choices can be Harvard, Hopkins, Stanford, Penn, you know you name it! You don’t even think you have a shot of going to those institutions.

Then, you start listing some programs that maybe you have a better shot at.

If those programs consider you to be high up on their list, then, you may end up making it to one of your training programs.

Again, when you’re designing your rank list, do it in a way where some of the top programs are going to be of high reputation that you would love going to if you got the opportunity.

If you don’t, no worries, you’re going to continue to move down the list and get your best option.

Hopefully, you enjoyed this post that explains how does the match work! If you did, then you’ll also enjoy the following posts about…

How To Study in Medical School [Ultimate Guide]

How To Prepare Yourself For Residency [Step-By-Step]

How To Write A Thank You Note After A Residency Interview

Until next time my friend…