How Much Do Residents Make? Full Breakdown

One of our posts before have already tackled about the breakdown of how much a doctor makes, but have you ever wondered how much do residents make?

Seeing how years of experience and fields of expertise are a heavy consideration in how much healthcare professionals earn, what are we to expect in this breakdown of resident salaries?

In this post, we’ll be going into detail how much do residents make in general and by their respective specialties.

How Much Do Residents Make? 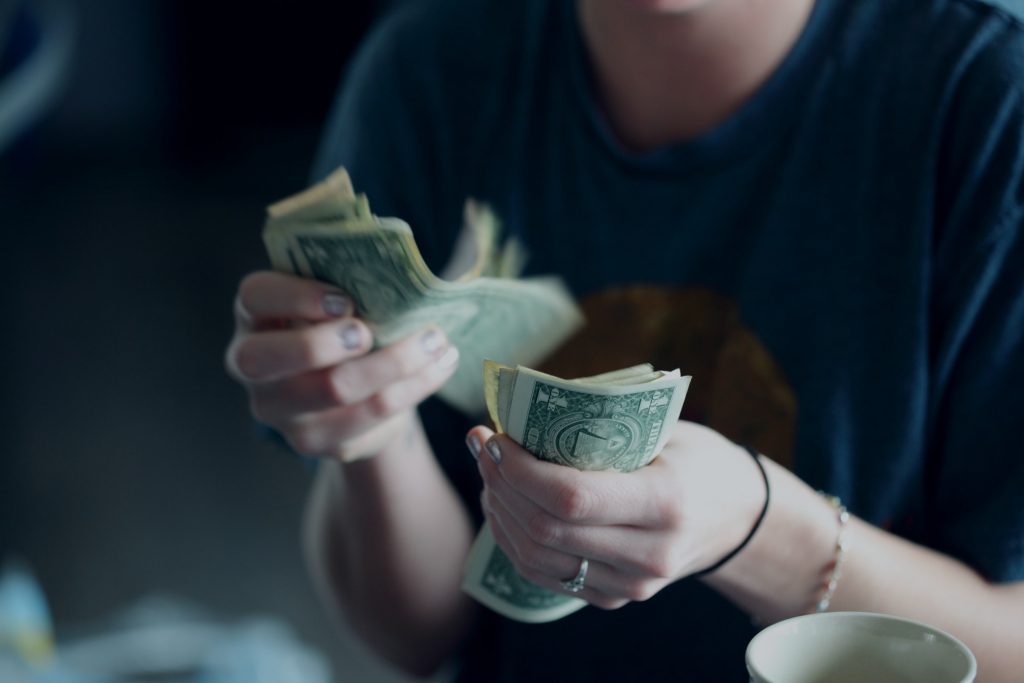 By the time a med student graduates and steps into residency, his undergraduate school debt, and med school debt has already probably piled up and will definitely pile up more in the years to come. But even as a resident he is now earning money to slowly pay off his med school debts.

The question is, how much is he earning and how long will it take for him to completely pay off all of this?

The team at Medscape released the Residents Salary & Debt Report for 2019 and it shows all data and information with regards to how much do residents make on an annual basis. We’ll also be seeing here some data on the previous reports for comparison purposes.

Medscape has interviewed 2200 participants enrolled in US medical resident programs in more than 30 specialties and solicited responses regarding their salaries, the number of hours they work, and if they feel fairly compensated for their work.

Let’s look at the graph provided by the Residents Salary & Debt Report for 2019. 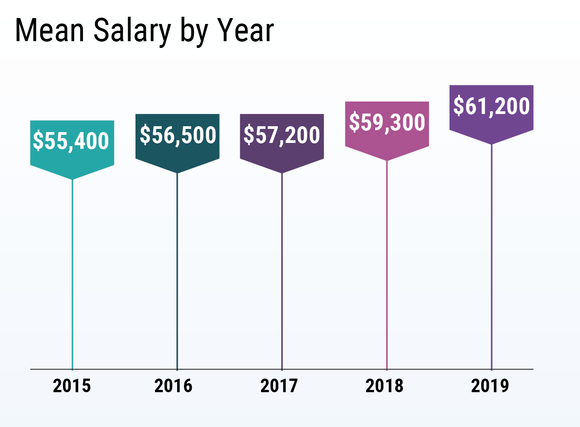 As you can see from above, the salary of residents gradually increases by the year. There has been a $6K increase ever since 2015 and for the past 2 years, the average annual salary of residents has ascended by 3%. Residents are earning $61,200 in 2019, the highest it has ever been.

The salaries increase as residents proceed to their higher years, with the lowest being $55,200 in their first year and the highest being $67,800 for residents in their 6-8th year.

Comparing data of the salaries by residency year from 2018 to 2019 also shows us that residents in their 3rd year and up had increases in salary for the year 2019. 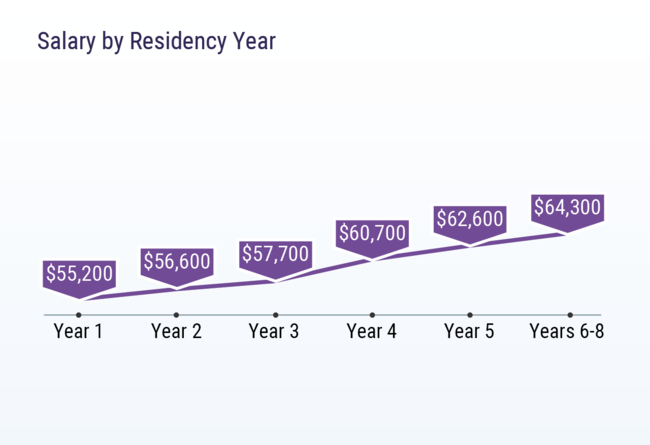 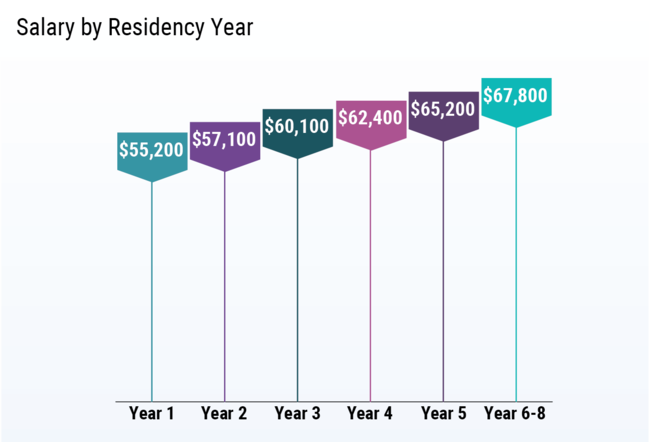 The trend then goes downward in their 2nd year because this is when they start feeling burned out!

Those who don’t feel fairly compensated for their work, on the other hand, are mostly because they feel that compensation doesn’t reflect the number of hours they have worked and that compensation is not comparable to that of other medical staff.

As for gender, you will notice that men earn more than women by a very tiny margin earning $61K and $60K, respectively. Both genders have earned $2K more from 2018, still bearing that margin. 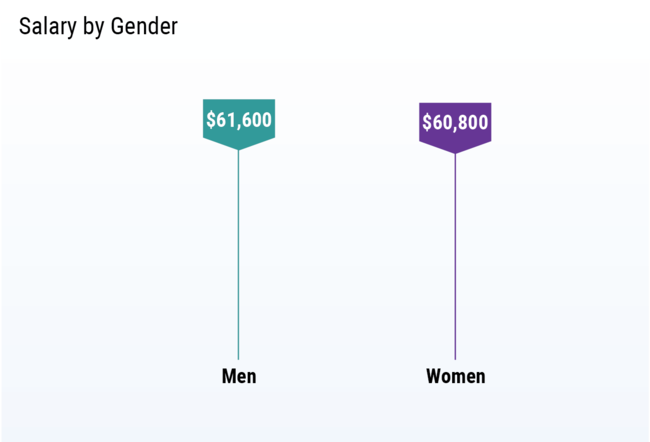 The disparity between genders among specialties was even more enormous with male specialists earning 33% more with an annual income of $372K. Female specialists, on the other hand, only earns $280K!

The salary of residents is largely dependent on which field they have specialized in. This is the case for the salaries of physicians and specialists, as well. You could see a breakdown of how much a doctor makes by clicking here! 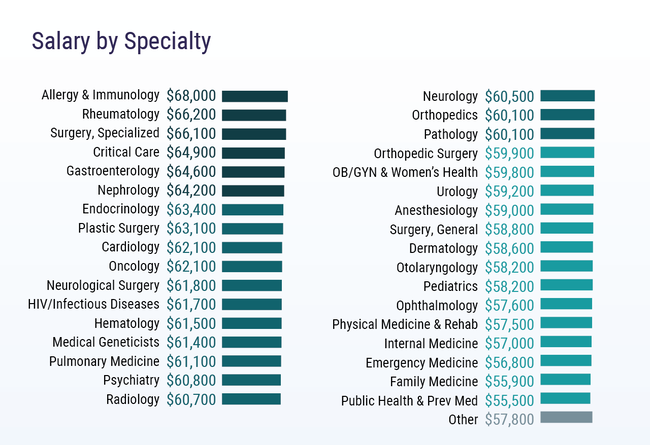 Table 5. Salary of Residents by Specialty in 2018

Table 6. Salary of Residents by Specialty in 2019

Some of the top-earning specialties after Medical Geneticists are Allergy & Immunology, HIV/Infectious Diseases, Specialized Surgery, and Plastic Surgery / Aesthetic Medicine.

It is significant to note that Allergy & Immunology – though ranked lower and have decreased salaries from $68K to $66K –  and Specialized Surgery with salaries decreasing from $66K to $65K, are still some of the top-earning specialties from 2018 to 2019.

You would also notice that the disparities of the salary of residents are minimal, only hundreds of dollars in fact. The differences are most likely visible if we look at the salaries of residents in primary care specialties.

This has been the case since 2018, but the fields still had a noticeable but minimal increase in salaries from $55K to $57K.

If we take a look at the earnings of physicians and specialties from my post How Much Does A Doctor Make, you would notice that the highest-earning specialties, particularly Orthopedics, Otolaryngology, Dermatology, Radiology, Urology, and Gastroenterology are distributed within the unpolarized regions of the rankings for resident’s salary by specialty.

Allergy & Immunology also belongs to the lower part of the ranking for physicians but scores the 2nd spot for the highest-earning residents.

Meanwhile, there is not much difference for the lowest-earning specialties for both cases of physicians and residents. We still see Internal Medicine, Family Medicine, Public Health & Preventative Medicine, and Pediatrics at the bottom of the rankings.

Which Residency Pays The Most? 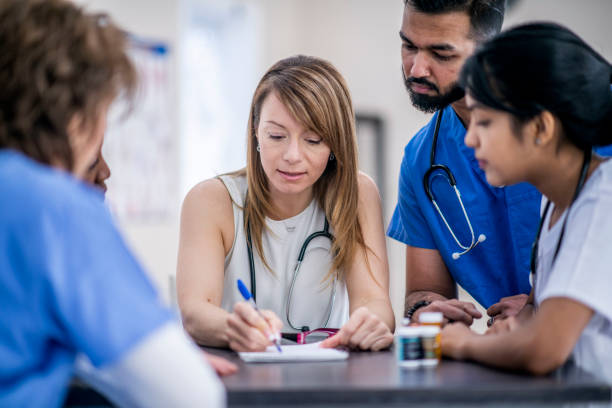 Taking this into consideration, wouldn’t it be only logical for med school graduates to choose and apply for a residency program that pays the most?

I have listed below the top 3 highest paying residency programs across the U.S.

Department of Medicine at Stanford University

The Department of Medicine at Stanford University has got to be one of the highest paying residency programs.

Residents in their first year at most residency programs usually earn stipends ranging from $55K to $60K. Stanford, on the other hand, pays its first-year residents with an annual stipend of $68, 385.41, that’s $5,698.67 per month.

The salaries go stellar from there as they proceed to their higher years with the highest being six figures of $100,114.35 for residents in their 8th year, that’s $8,342.70 by the month.

These are the salaries for the year 2019-2020, and judging from the salary plans of their residents from their previous years, these are most likely to increase in the following years.

Stanford Medicine also offers educational and other business-related payments, as to be seen in the table below.

School of Medicine and Public Health, University of Wisconsin Madison

Their residency programs are the 2nd highest paying after Stanford Medicine. First-year residents earn an annual stipend of $60,090, while those at their 8th years make $79,805.

Though not extravagant as the stipend plan of Stanford Medicine, the rates as residents proceed to their higher years still do increase reasonably.

Third in our list is the University of Pittsburgh Medical Center. Annual gross salary of first-year residents is around $59,727.28, while 8th-year residents earn $75,622.68.

Take note that these stipend plans take effect for all their trainees in residency/fellowship programs based at:

UPMC offers a lot of benefits. You can take a look at their summary of benefits in this PDF. 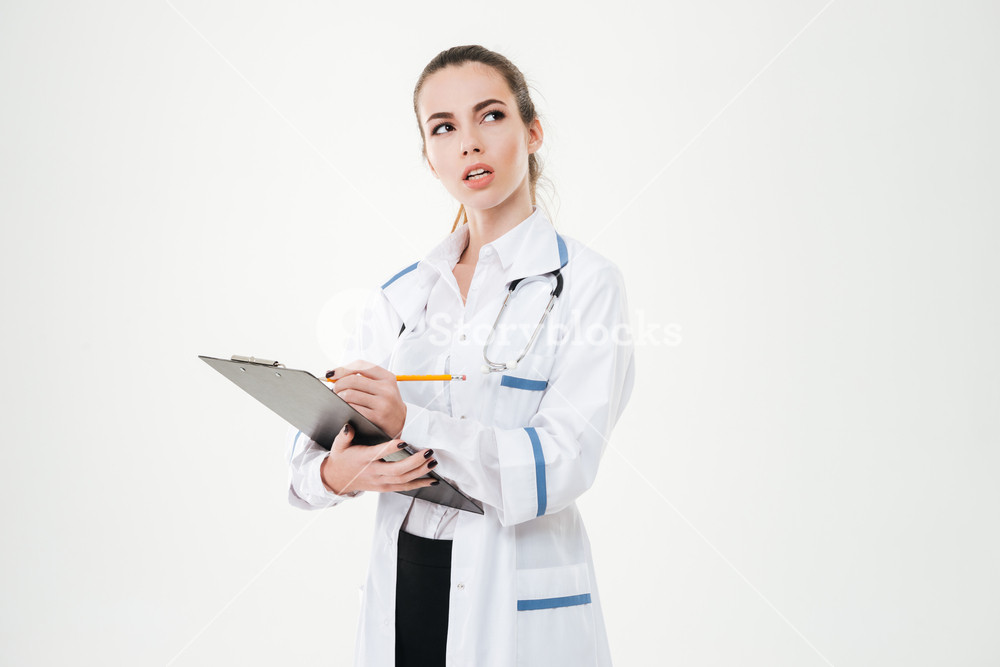 Here are answers to some of the burning frequently asked questions about how much do residents make!

How Much Do Medical Residents Make an Hour?

But of course, this still largely depends on which specialty your residency program belongs to. Primary care specialties are always relatively paid less than the most competitive specialties.

How Much Do Interns Make?

Medical interns would usually make around $44K annually. However, of course, these interns still receive benefits. Parking fees, cafeteria food, cost of living, and other benefits are still given to interns which could act as attracting forces for some medical school graduates. After all, salary isn’t everything!

Better residency does not always equate to better pay, nor does it work the other way around. Salaries are definitely one thing to consider when choosing and applying for residency programs. Still, you need to weigh out the benefits and the quality of education and training you would receive as a resident.

If you need money, then apply for the highest paying residency programs. If you want high-quality training, then salary wouldn’t be so much of a big deal.

At the end of the day, the biggest and final consideration would always have to be where you can grow and nurture yourself to be a doctor that your patients would need.

The charts, graphs, and information presented on this post were based on the 2018 and 2019 Resident Salary & Debt Reports. Check it out for more information.

So, that’s a wrap on the full breakdown of how much do residents make! I hope you had found this post helpful and have answered all your questions efficiently.

Enjoyed this article? Check out more of our articles below!

If you want access to our full library of guides and free courses for med students, check out the Med Vault!

This is a completely free library of step-by-step eBooks & video courses that can help you on your medical journey! 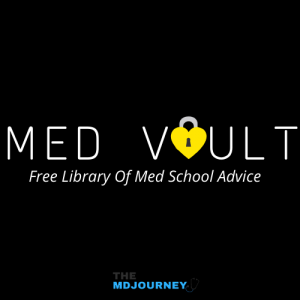 Finally, I also want to share with you my best strategies and tricks on how you can succeed on your medical journey with my best selling Triple Bundle Books! 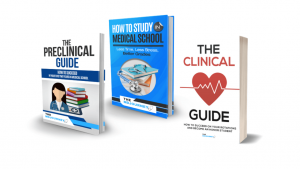 Check out how I went from barely passing my exams to graduating med school with a 3.9 GPA in these resources. It worked for me and it could also work for you!

Again, thanks for stopping by!

Until next time my friend…