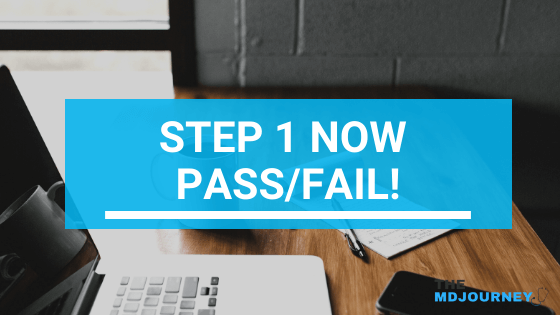 On February 12, 2020, huge news just broke out about Step 1! Prior to the announcement, it was probably considered the most important exam you took in your medical school career and now Step 1 pass-fail grading is being implemented.

What does that mean? Is it good? Is it bad? I’ll give you my thoughts in this post as well as future directions that you should consider.

Let’s get into it!

Today we are talking about a huge conversation of Step 1 becoming pass-fail. I’m going to give you my thoughts and I want you guys to be included in the conversation.

Drop your comments down below! Let me know what your thoughts are so I can also understand the different viewpoints and perspectives.

I found out through multiple different notifications on Twitter, Instagram, and DMs that the Step 1 pass-fail system is now effective. And when you look through the reactions, it’s really not unified.

Some people are really happy and some people aren’t. So let’s talk about the good, the bad and ugly in this post.

Why The USMLE Step 1 Change Was Made

First, let’s talk about why this change was made in the first place.

The USMLE is actually co-sponsored by two different governing boards. One, you’re more familiar with, is the NBME and the other one is the FSMB.

These two governing boards have had conversations through feedback that they’ve gotten from students as well as institutions on how to make changes to each of the respective Step exams.

So, there’s Step 1, Step 2 and Step 3 and you take these at different points in your medical school as well as residency journey. But these two governing boards announced on February 12, 2020, that Step 1 is now going to be pass-fail.

This means that any student who’s going to start medical school in the fall of 2020 is likely going to be affected by this. If you’re already in med school or you’re about to take Step 1 this year or the next year, this score change won’t affect you. 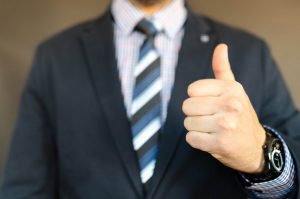 So, is this good or is this bad? I’ve heard a lot of y’all thoughts on instagram that some of you guys love it and some think it’s a complete bias and I really want to give you my thoughts.

First, let’s talk about the obvious and that’s that Step 1 used to be the most important piece of information that residency programs used to use to evaluate their applicants.

Rightfully, that also made Step 1 the most demanding and stressful exam for students.

It wasn’t abnormal to have that affect your wellness as well as have students who would isolate themselves for weeks to months away from all different hobbies, from friends, from family, from wellness, in general, to prepare and do well on this exam.

A lot of pressure came from doing well on Step 1. Now that it’s officially being changed to the new Step 1 pass-fail scheme, you can understand how the stress is just decreased tenfold!

I can speak from experience because when I started medical school, my institution switched from a grading scheme to a pass-fail scheme for the first year and a half of pre-clinicals and that made my wellness so much better despite medical school being stressful as is.

I can only imagine myself being more stressed if I had a score to prepare for.

Now you can see how the first and second-year med students will definitely feel a sense of relaxation and not as much stress going into Step 1.

But you really can’t be too complacent because Step 1 is still going to be a test you need to prepare for. To be equipped in taking the test, check out our post on How To Study For Step 1.

If you want these Step 1 tips and advice to be in video format, check out the YouTube video below.

The second thing that I think is really good about the change, and this is my personal preference, is that now we can focus on what matters more.

Honestly, people who perform well on Step 1 don’t necessarily correlate to a great doctor. You may be a really smart doctor but you may be pretty crappy with your patient experiences.

I’ve seen these individuals on my rotations, residency as well as people who have now become attendings.

You may not be the best physician although you did well on the exam. But sometimes that score can dictate the trajectory of your future career.

A lot of the feedback I’ve been seeing on social media on this topic has been from current med students and not from students who are actually going to be affected by the change.

What Are The Consequences Of The Step 1 Pass-Fail Scheme 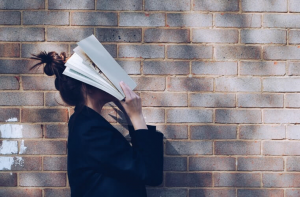 A lot of the feedback I’ve been getting has been “Well this kind of sucks.” There’s a lot of animosities as well as discomfort towards this change.

Often, this comes from those who ask questions such as…

If I’m an international med student, how do I now separate myself from residency programs compared to somebody who comes from a higher institution?

And all these are completely valid questions.  Truthfully, the answer is, we just don’t know yet.

I had a fellow on my cardiology rotation that told me…

You guys come from a great med school, but there’s somebody that’s going to come from an Ivy League school. They may be more incompetent than you, but still may have a higher chance of getting a competitive residency specialty compared to you.

And there is some truth to that.

Because Step 1 used to be the most important piece of information that our residency programs focused on. Now, they’re going to have to look at other things.

Now that we have the Step 1 pass-fail grading system, Step 2 CK is likely going to carry more weight and I think there’s some good and bad within this kind of change as well.

First of all, I think Step 2 CK is probably more evaluative of what kind of physician you’re going to be in terms of critical thinking and clinical prowess versus Step 1 which asks you the name of random enzymes.

Honestly, at this point I just don’t need to remember, I can look them up. So, there is going to be more of an emphasis on that exam that is probably more representative of the kind of physician you have the potential of being.

But when you now move the weight over to Step 2 CK, it becomes more important. But, it’s also very hard to study for that exam.

You’re taking clinical rotations that have exams already built into them. Sometimes, your institution may not give you specific time off to study for Step 2 CK and you’re going to have to get creative with your fourth-year schedule to study for it.

As rotations during your third year are noted to be notoriously common for burnout, adding an extra exam that’s now even more important just makes it more stressful.

The next thing that’s going to be affected by this change is that you’re going to have a bigger emphasis on your rotation grades as well as your shelf exams.

The hard part for the rotation grades is that sometimes it’s not easy to have that be standardized from institution to institution as well as from instructor to instructor.

You can be on a rotation and have a really great attending who gives you a great grade. But then I may go on that same rotation with a different attending and may get a high pass just because their grading schemes were off.

And I can see that as a problem for institutions that are considered lower or mid-tier as they are more likely to give their students higher grades in the hope that they can still stand out for residency applications.

That’s not the way it should be, but I can understand why that change would be made.

Where Do We Go From Here Now That Step 1 Is Pass Fail? 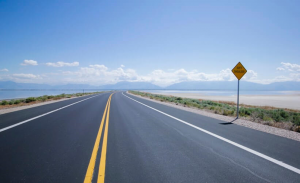 To close out this post, I want to talk about probably the most important thing which is; Where do we go from here?

While this change is polarizing, I want to make it known that it’s not new. We’ve changed things around the medical school journey all the time.

For example, when I was applying to med school, MCAT used to have a writing portion which they then took away. Back then, I could hear all my upperclassmen complaining that it was not fair.

And I know you’ve already seen the institutions do this. You’re going to see them more now by making their first two years pass-fail as well as transitioning their students into rotations quicker which will help them do better on Step 2 CK.

Some things are a little bit unknown.

What kind of information will residency programs now ask for now that Step 1 pass-fail remarks is effective. Are they going to ask for video interviews like they do for their emergency medicine residency programs?

Are they now going to ask for more specific evaluations or more letters of recommendation? Is there going to be different forms of assessments that are thrown into your clinical rotations to help them evaluate you?

This is going to be a bumpy road especially for the next two to three years.

It also means that you as a student will probably have to get more creative.

Whether that means involving yourself in research more, doing more shadowing and getting yourself in front of the faces of the physicians that you may want to one day emulate.

But bottom line, I do think this is going to be a good change for early med students who are still trying to figure out how to study, how to understand and absorb all this information without having the pressure of Step 1.

But it is going to be a rough path for students later on to understand how to separate themselves on their rotations as well Step two CK to get into residency programs.

Overall, it’s a lot to digest. Hopefully, we can get a lot of interesting innovations that move medicine in the right direction where doctors are better clinicians than they are better test-takers though it’s going to require some innovation over the years to get to that point.

Hopefully, you enjoyed the insight on this post about the new Step 1 pass-fail system. If you did you may also enjoy the following:

If you’re trying to still do well on Step 1 regardless of what score you now need. Go ahead and sign up for our free Step 1 Masterclass that will help you crush Step 1. 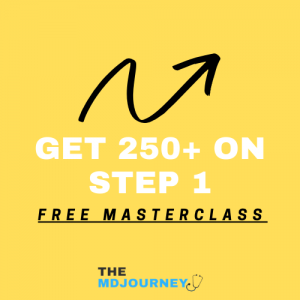 For a full step-by-step system with working strategies, sample study schedules, resources and more, go ahead and check our Step 1 Academy to even help you more to become confident about getting a passing score on Step 1. 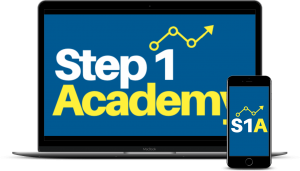 As I mentioned at the start of this post, I want to understand your perspective and your pros and your cons. So, make sure you drop your comments down below!

Let me know what you like, what you don’t, and what future direction you see us going now that is news is official.

Until the next one my friends…